I have always been fascinated by and loved the kindred relationship and bond women have in this world. Even in my health and wellness work, I have watched women change communities with their love and support, always reaching and teaching to affect change.

Women have supported each other as friends, babysat each others’ children, lent a shoulder to cry on, offered a martini or big sister advice when needed. We stood and hung tough to fight for women’s rights and equal pay in the workplace. Now many of us lack the kindred spirit we cherished over the years. We have become rivals and mean in the worst sense.

What is happening? I am viewing women from different countries and races on Twitter, Facebook, and reality television as cut throat gladiators in the Roman arena. Women, young and old, are cursing and fighting; embarrassing themselves as their weaves go flying and dresses go up as they receive a punch in the face from a female rival.

Have we lost ourselves to a mold of social deviancy that includes cursing, fist fighting, and name calling with that special word given to a female dog? The greater travesty is that many women have accepted this description and even use the word as a term of endearment and apply the word when describing themselves. We as women have allowed the definition of a female dog to be applied to us. Bitch, literally meaning a female dog, is now slang pejorative for a person, commonly a woman, who is belligerent, unreasonable, malicious, a control freak, and rude. You can find the definition in the Merriam-Webster and other dictionaries. Unbelievable! I would like to know how many women think this definition is pleasing or should be in a dictionary describing a woman.

These same attitudes exist in the workplace and the behavior is seen in many of our so called friendships. Internally, envy and jealousy permeates how we think and feel about each other. We are not able to move forward in growth because we have bought into a world of self-gratification, selfish behavior, and back-biting. This leads us to tearing each other down to build ourselves up, or so we think. Tearing down someone never delivers positive outcomes, nor does it express self-love, or a high self-esteem.

Do we allow social media, television, and music to define who we are as women? Is this the legacy we want to portray and leave to the next generation of women? I think not. What are we teaching girls and young women in the present day?

Women have worked hard to change the image of women as sex objects with no brains and no value. Now we degrade ourselves. The negative impact of the contentious behavior between women fighting over men and status is appalling. We must learn to love ourselves enough to grow and change for the better.

Self-love means caring about one’s self and taking responsibility, respecting oneself, and knowing oneself (being realistic and honest about strengths and weaknesses). In order to be able to truly love another person, you need to first love yourself.

Change comes from within and it is hard work. You cannot love on yourself if you do not know and respect yourself.  Self-love is not just a word, it is action, an action put into motion when you know and respect who you are.

So, as we move into fall, let’s remember that even seasons bring forth change through weather, ecology, and hours of daylight; and animals hibernate and migrate, plants become dormant, and trees lose leaves. Each season’s phase prepares for change, growth, improvement, and the next level of existence. So should we female humans. We have so much power! Let’s use it wisely and lead the next generation of women into wholeness and greatness. 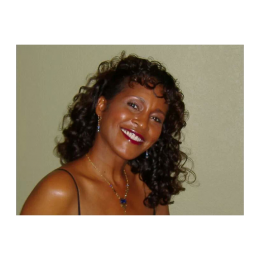