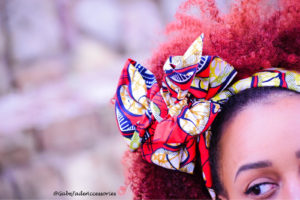 My best friend/cousin (because Black people love to make people our cousins) was the first person in my life to go natural. I didn’t understand it. The relaxer life was so easy. Why would she choose to struggle with her hair unnecessarily?

I had just talked my mother into letting me get relaxers again a couple of years before, and was overjoyed by how much easier it was to manage my hair. Up until that point, I had a standing every-other-week appointment to get my hair pressed. While it kept my hair sleek, Black hair with no chemicals in the Texas heat and humidity, or any sweating I might have done playing sports in middle school and high school, was a recipe for disaster. Swimming? And then do all this hair after?

Anyways, several years later I was in college and playing with the idea of going natural too. While the process wasn’t very popular yet, I realized that I missed the way my hair used to curl up when it got wet, and I hated the way I ended up with chemical burns on my scalp every eight weeks.

But was I really ready? 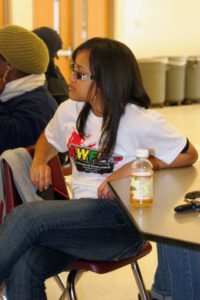 Ten weeks into my first attempt at going natural I decided that I wasn’t. My roots decided to rebel during a particularly misty football game I attended and I made an appointment to get a relaxer two weeks later. Not too long after that I regretted it, and found myself wishing I had waited a little longer, or asked for tips on how to fight the urge to go back to relaxers. I just hadn’t been ready to risk my hair looking “the fool.” During my undergraduate years, my hair was always on point. I stayed whipped and dipped with no weave added, and eventually began to pride myself on it. While I was nervous about letting that perceived aspect of my identity go, I knew I wanted to try again.

October 17, 2011 was the date of my last relaxer. I’m now almost six years natural and loving it! I have no thoughts of ever going back. Throughout these years I’ve talked to many of my friends who were considering it and shared my tips, tricks, and difficulties with transitioning and being natural, so when another very good friend of mine was considering it, I was ecstatic. We discussed some of my experiences up to that point and talked about what she could expect from the process. Afterwards, she thanked me and admitted that she was still a little nervous about going natural. I understood. I still remember that same nervousness and hesitation I felt when I took the plunge.

Not wanting her to be misled or discouraged, I told her that it wasn’t going to be easy, but that she would get used to it. It hadn’t been easy for me either, but it had taught me how to really love myself.

I typed those words and pushed send on the text message before I really thought about what I had said.

“That’s big for you.” She texted back.

“I know,” I responded. Because it might have been the most honest and transparent I had been in my life up to that point.

Going through the phases of transitioning your hair takes patience, and often a strong mind and the ability to give yourself a little grace when it comes to what your hair looks like. There were days I didn’t have time to wash and straighten my hair, so I had to wear my curls. Days my twist outs didn’t cooperate (most attempts failed). Days my curls wouldn’t sit right, or were frizzier than I liked and I rarely ever had a headful of perfect ringlets.

But one day, I decided that I was okay with that. I had struggled with self-esteem for the better part of 23 years, and I do mean STRUGGLED. So much so that in undergrad a group of my friends attempted to stage an intervention. Looking back, I realized that looking perfect was a smaller detail compared to the level of perfection I was frustrated by not achieving in other areas. I had been pushing myself to make perfect decisions, sound perfect, interact with others perfectly, achieve perfectly. I had an intense need to seem perfect, for a lot of different reasons, and I hardly ever felt that I was close enough to these standards to feel good about myself. 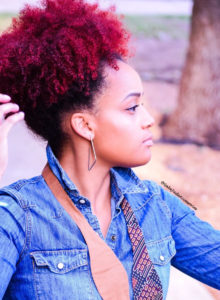 But there I was years later, okay with the fact that my curls hadn’t come out perfectly because somewhere along the way to me accepting that my hair didn’t need to be perfect, I began to accept that the rest of me didn’t have to be perfect either. I could make decisions and go places and do things and didn’t have to look, sound, or FEEL perfect.

That was a lesson this late bloomer hadn’t grasped yet. My spirit recognized it days, months or maybe even years sooner than my brain did.

For many of us, self-confidence and self-esteem are like going natural: a journey. It’s a series of false starts and mishaps (like the time . . . okay fine, all the times that I skipped out on detangling properly and had to cut a knot out of my hair, the most recent time being last month). There are setbacks (I accidentally cut a braid while taking out some weave once too). Sometimes you just need your friends to install the two bags of 1B Remy Velvet that was the same length as your natural hair because you just need a break (boys rock 20-inch Peruvian loose wave these days. He brought me from a mighty long way, y’all).

Sometimes the journey includes camping out at your line sisters’ college apartments to watch classic Black movies, eat pizza and gumbo, drink wine and whiskey, and shed the occasional and sometimes very necessary sets of tears. Sometimes it’s going to church and feeling at home. Sometimes it’s getting involved with a group of people who commit to spend a week of their summer volunteering with a youth program, who have a knack for seeing the world in you before you’re able to see it in yourself.

For many of us who have had these or similar struggles, those are foundational components of that journey. Even now, several years after I realized what going natural had taught me, I still have some days where I find myself feeling an internal tug back to those old feelings. They are few and very far between now, but rather than fall back into them I look at them as a reminder of how far I’ve come. Mostly, those days are a reminder that this journey hasn’t ended. Maybe it never will.

Be that as it may, my steps are bigger, firmer and far more sure than before. So much so that I don’t even feel the same connection to the person I used to be and the way I used to feel. Most days it feels like a totally different life. I’ve grown to accept the very nerdy and fairly awkward aspects of my personality and discovered that they don’t have to exist at the expense of the ratchet parts (that’s called being sophistiratchet. I have a thigh tattoo and sometimes wear red weave, but I also have a couple degrees and am ridiculously interested in hip hop pedagogy and the fresh possibilities it presents for engaging in liberatory praxis for people working with the Black community and students of color in higher education spaces).

I can joke about the curves I don’t have and actually be joking. I’ve become comfortable standing up for others when I feel it’s the right thing to do, even when it means risking being on the receiving end of a level of attention that still makes me slightly uncomfortable to receive. I’m learning to be comfortable in standing up for myself, and how to distance myself from people, places, and situations that are no longer good for who I am trying to become and where I am trying to go. It’s still difficult, but I’m learning, and I’ve decided that for this stage of my life, that is what counts the most. 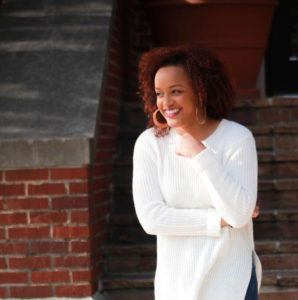 The truth of the matter is that I’ll never be perfect. As far as some people are concerned, I’ll never be feminine enough, tame enough, or chill enough. I’ll never be reverent enough to social norms that serve neither women nor the Black community. For some people, I’ll curse too much and work too often at things they don’t understand.

I’m currently unbothered by every single last one of those issues.

I’ll still be listening to the old church songs that describe how our grandmothers “got over.” I’ll still be cooking to 90s R&B music, and getting dressed and doing my make up to trap music.

I’ll spend a Saturday reading and watching movies based on comic books. I will get vehemently angry about policies that don’t actually benefit the community. I’ll combine my hip hop playlist with my Gospel playlist because I’ve found that some songs make you feel closer to God regardless of the genre.

I’ll do these things in heels, sandals, and sneakers. In sweatshirts and cocktail dresses, weaved up or hair pressed. But more than anything, I now feel comfortable and secure enough to do all of these things with day six wash-n-go curls that are only mildly tame. Because that, more than anything, reminds me of how much progress I’ve made on my journey to self-love and embracing the fullness of who I am.

What is it about yourself or your life that you are struggling with? Acknowledge those things and commit yourself to finding a different standard to hold yourself to than society’s strange brand of perfection. Write affirmations. Find your squad that will ride for you, build you up and also sharpen you. Find ways to make your body and your mind feel like the kind of home your spirit has been longing for. Live life, love hard, and most importantly, learn to love yourself on your own terms. There is freedom in that space, and we all deserve to experience it.

P.S. Thanks so much to Gabe Jade Accessories for the headwrap and bowtie featured in my photos. Love y’all! 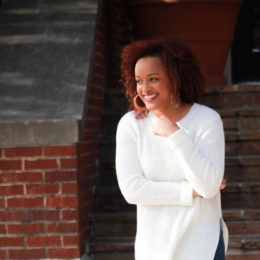 Lauren is from Dallas, she eats Rudy’s, it’s been a while since she’s been to Big T though. She has a couple of degrees from the University of Oklahoma and is now an educator in Dallas area. Lauren’s work focuses on advocacy, student development, and the miseducation of Black and African American students in higher education. For her twitter shenanigans, visit @Lwhiteman_9.