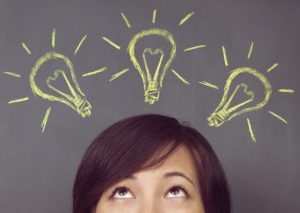 Most of us would like to think we are independent and driving on the highway of life with our own suitcase of mantras. Wrong! Self-independent is defined as:

“One who is independent and not influenced or controlled by others in matters of opinion, conduct, thinking or action for oneself; an independent thinker is not subject to another’s authority or jurisdiction, autonomous, and basically free.”

This definition would probably include 20 percent of the population in America because it is hard to pursue and truly produce independent thought or action.

As a culture, we strive to fit in and become a part of the whole. This path really begins when we enter grade school and are taught to think a specific way, and it is fortified when we complete college. Many of us leave with an assembly line mentality that drives us to become like everyone else. Get a high paying job, a great car and a house with a two or three car garage, and we have arrived. Not much attention is paid to what is happening in the society, and if it is, it is just to make a comment, not get involved to drive some change for the betterment of the society.

We think we are one of a kind, but when we dig deep, our surface exterior may be the only thing that is different. Humans, on average, tend to be followers and do not like to “buck the system.” I have watched people close to me change in an instant when they reach a position of authority and influence. They seek approval from people and groups they deem powerful and influential. They will leave you hanging in a second and treat you with disrespect, ignore you and talk to you as if you are beneath their new found status. You think, “Is this my friend or foe?” The sad part about these people is that they do not even know who they are, and you do not bother to convey to them what they have become because they are living in illusions and delusions of grandeur. If they cannot see themselves for whom and what they have become, it is hard to become that mirror to reflect. We tolerate their inconsistencies and love them because they are our friends.

In our society, we confuse self-independence with self-reliance. Self-reliance is based on one’s own capabilities, judgments, resources and decisions. It does not set you apart as an independent thinker. I challenge everyone to begin to think! Think about the society you live in, how you treat people and what contributions you are making to add value to your society and environment. We cannot make change through posting on Facebook or blogging when societal ills and infractions take place. Self-independence drives us to be different and take a stand without caring about what others think of us. It drives us to make an impact by doing something, whether it is social justice, civil rights, equal pay for women and the poor, or plain old change from the status quo.

Free your mind to think independently and the rest will follow. In the famous words of Susan Sontag, “It is not the position but the disposition.”