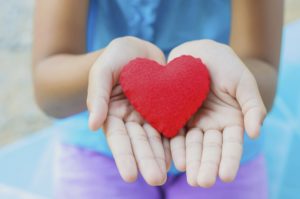 Hugs and kisses from me to you because this month is all about love! However, I would like for us to take a minute to consider another word that has a starring role in love; a word that if we are honest, we tend not to talk about or avoid like the plague. It is a side of ourselves that we keep hidden and protected. That word is “vulnerable”.

In order to love ourselves, to love others and to allow ourselves to be loved in return, we must be willing to be vulnerable. To be vulnerable by definition, means to open ourselves up to the possibility of being physically or emotionally wounded; to be open to moral attack, criticism, temptation and more. Simply put, to be easily hurt.

What!?! No…no…no, you say. Love is happy, it’s warm, it makes us feel all tingly inside, smile from ear to ear and makes us feel safe. It’s just the opposite of being vulnerable. Well, to have all those good things, to truly love and be loved, you have to open yourself up to being hurt and that, my friend, takes courage.

“Vulnerability is our most accurate measurement of courage.” – Brené Brown

In order to have meaningful relationships, we must let down our protective walls and find the courage to trust others with our truth.

This is something that as a single woman hoping to find companionship and my ideal mate, I’ve struggled with on and off until last year. Last year, I opened myself up to online dating, met several men and went on dates. At different times during that year, I considered serious relationships with two different men who seemed to have relationship potential. Both said they too were looking for more than just casual dating. They were looking to be in a relationship.

The problem – their actions didn’t match their words and because of hurt in past relationships, they were not able to show vulnerability. Instead, what I got was them dropping in and out of my life throughout the year when it was convenient for them. With one, we started out communicating really well. Then it changed to random texts, going out to dinner, and dropping off the grid. (Single ladies, you know how they do.)

With the other, who I really liked a lot, we started off great. But then as we started to get closer, he started pulling back, showing signs of disinterest. When I called him on it on three different occasions, he would always say it wasn’t true and that he was indeed interested. He would suck me back in, then immediately reverted back to the same behavior. It was like being on a merry-go-round and I knew that I needed to get off.

That’s when I made the decision to be vulnerable and courageous, even if that meant ending whatever this was and being alone. I found the courage to speak my truth and value my worth. I told him what I wanted in a relationship and what I expected.

I said to him, “I am disappointed in the sudden lack of communication. In your profile, you said you wanted trust, faith, honesty, a fun-loving, giving and passionate person. You wanted consistency and not just when it was convenient. I feel like I’m giving that but not getting it in return. I’m a good woman, a good woman who expects and deserves your best too…I’d like to try and build something with you, but do you want that?”

That’s vulnerability! None of us, if we are honest, wants to be alone. Often as single women, we will hold onto and remain in unfulfilled relationships or non-relationships (let’s be real) because dating is hard, finding compatibility is even harder and the scariest truth of all – we don’t want to be alone.

Then I was tempted again, by the first one who came back around with a “Hail Mary” pass at the end of the year, saying that we were supposed to be dating. (What? I haven’t heard from you in months.) He went on to say that I was a good woman and that he is willing to invest time in making me his girlfriend forever. (Really? Well, I’m not trying to be anyone’s girlfriend forever. Thanks, but I pass!)

I said, “it was really nice meeting you, but I have moved on. Wishing you the best, because you are a good man and deserve love, but you definitely are going to have to trust, pursue, make time and put in the work to make that happen with someone.”

Again, I made myself vulnerable by making a hard choice and said “no”. I chose me! I chose to move on into 2015 with me, myself and I. And for the first time in a long time, that felt good. It felt right!

At some point, we have to take a risk and be vulnerable and truthful, not only with the other person, but with ourselves, to be loved. What I gained from my leap of vulnerability this past year was liberation from settling for less. I chose to love myself enough not to settle and to make way for love – real love. 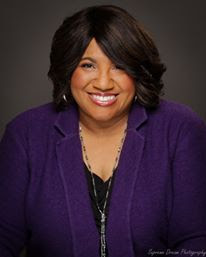