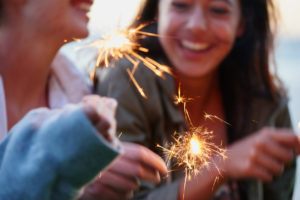 “And we know that all things work together for good to those who love God, to those who are called according to His purpose.”

Growing up, I cannot recount how many times I was told that all things happen for a reason. For example:

You see, at the short age of 20, I have the genuine conviction that my life is in the hands of God, and it is being molded according to His purpose. However, as much as I know that there will always be light at the end of a tunnel, it is often during the time we are stuck in darkness that we lose faith, sight, and hope. It is exhilarating to picture the end results, but its the process that really gets us. How wonderful would it be if we could skip the months of excruciating workout routines and not-so-fun eating habits and get that summer body right away?

The thing is, it is the process, the climb, the challenges, and the downpour of problems that really shape us into the person that we are meant to become. To exemplify, I’ll share a little bit about my story.

I was born and raised in Honduras, a country right in the heart of Central America. Blessed with an abundance of nature, history, and such rich culture, Honduras was undoubtedly home. I could never picture leaving it. But, that did not quite pan out.

In March 2013, my family received a serious death threat. Knowing the criminality records of my country, at first my parents did not pay as much attention as you would have expected. Yet, when we realized my dad was being followed and neighbors started reporting armed men patrolling our house, action was required. The first big decision was to move to another city. Given that this was happening in the middle of the school year, my parents worked it out with the school that my little sister and I be homeschooled. April and May passed, and the threats continued. At this point, I was not allowed out. Life felt a lot like being imprisoned. Yet, what could we do about it?

As soon as the threats started in March, my parents contacted the local authorities to see what could be done. The police force said nothing could be done against the perpetrator until an actual attempt was made against my father. The local judges advised us to not even file a police report, for it would take longer for us to do so than for it to mysteriously disappear from the system. And my ultimate favorite one, a military official straight out told my father we should just leave the country. That is exactly what we did.

On July 23rd of 2013, my family emigrated to Florida. That was the last time I was in Honduras, and it was also the day that marked a new path for me. Back then, as much as I tried to fall back on faith, the move felt like punishment. What good could possibly come out of being forced to migrate and start anew?

Well, moving was just the beginning of my process. The first two years in the United States, there was so much to get acquainted to, and oddly enough, the political system was probably one of the hardest things to understand. As someone who felt like her own country had let her down, it was so interesting to come to one that was guaranteed to be by the people, for the people. Even at my own school, there was a local board representing the interests of both parents and students in front of legislators. The ideal of representation and participation were not mere promises, they were a reality. This all seemed so foreign to me—a person who viewed elections as perhaps the only way to have a say back in my country. Here, the rules of the game for political engagement were completely different.

I was still wrapping my head around the concept of the electoral college when I got into New York University and moved to this concrete jungle. By then, I had determined I wanted to study politics. Even though I could provide a perfect outline of the division of power between the three branches of federal government and explain the electoral process, I still lacked an understanding of the more immediate local politics. All the courses I had taken so far were only interested in exploring the big picture. Yet, I wanted to learn about the pixels. It was then that I discovered Generation Citizen (GC), a nonprofit that goes into middle and high-school classrooms to teach kids about civic action.

Recruited during a politics class pitch, I became an intern for Generation Citizen (GC) and soon found myself in front of a classroom of seniors in Harvey Milk High School. For one hour, twice a week, I would come into their government period, assume the role of teacher, and work to craft a civics action project. With GC, the goal was to politically engage students at a local level, and this was achieved by directly addressing an issue the students encountered in their community. The organization was not just about talking about the problems, we worked to solve them.

To me, this concept of involvement and response was almost extraterrestrial. I had just come from a country in which the police could not perform the basic tasks they were hired for (i.e. protect your fellow citizens), but here I was now, calling city council members in New York City to get their support for a bill regarding affordable housing. So, while I was helping my students discover the innate power of their voices as constituents, I was doing so myself as well. I went from being silenced by fear and danger to becoming a carrier of hope for these students who would have otherwise never heard about the approachability of their local representatives.

If I look back to 2013, I would have never pictured myself here, writing this story to you. I think that my life would be on a very different path if I had never moved, but I will never know for certain. All I do know is that the person I am now is stronger, brighter, and more courageous. I am determined to prevent others from going through the political disillusionment I experienced, and more importantly, as I pursue my dream of becoming an immigration lawyer, I seek to destroy walls built on hate and fear of the unknown.

My favorite Bible verse (Romans 8:28) reassures me that despite how bad things might seem to be going, God is in the midst of it all—transforming every visible loss into a heavenly victory. It teaches me that my life is predestined for something greater than I could ever imagine. And regardless of what your faith and beliefs are, I just want to encourage you to choose to see the light. You might be going through the roughest of patches, but if you keep your eyes set on your goals, the process might suddenly become worthwhile. Choose to believe that all things are leading up to something greater, and one day, when you least might expect it, you will look back and thank all those pitfalls for molding the updated version of you. 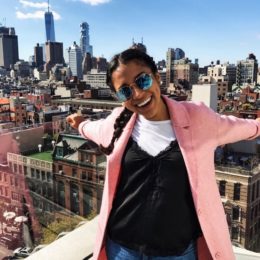 Aura Oviedo is a young lady of faith, student, and coffee enthusiast. She is currently a junior at New York University, majoring in Political Science and Latin American Studies. Originally from Honduras, she has developed a deep interest in immigrant rights and the complex immigration system. She intends to pursue a career in immigration law, while channeling her inner Elle Woods. As a scholar and Honors student, her current research focuses on the War on Drugs and its long-lasting effect on the flow of unaccompanied, Central American minors through the U.S-Mexico Border. Additionally, Ms. Oviedo is an intern at Generation Citizen and volunteers at her local church. Her ultimate goal in life is to serve as a channel for the good news of the gospel through the different spheres of contact she establishes.