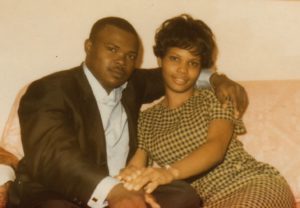 Say What? They’re crying? About what?

The election Daddy. People are really upset about the results. I’m concerned too. Don’t you see what’s happening in the aftermath?

Yes I see it, and I’ve seen it before. But why are people crying?

Cause Daddy some of my friends feel like this is the worst thing that’s ever happened.

Really?!? The worst? Katrina gone on somewhere. Y’all need to read a little history, remember where we’ve come from, and hopefully get some perspective.

God is in control, this ain’t new, and we all have work to do.  Now…what else is going on?

This was my Dad’s response to the weeping and gnashing of teeth that’s happened since the election. In his typical no-nonsense fashion he listened, assessed, and then refused to be drawn into the mess. It’s not that he’s insensitive to our fears or unaware of the ongoing struggle. He’s just got a longer view on history, understanding that in spite of the circumstances human beings can and will persevere.

I must admit, I’m not there yet. As I explained to my father I believe God is in control too. I have no doubt there is a plan, and we all have a role to play. The issue for me is how to survive the chaos, confusion and hurt over what we perceive as our neighbor’s support of racism, sexism, ableism, and a host of other inappropriate behaviors. We need practical advice on how to live with those we don’t understand and whose views we cannot embrace. We’re desperate to stop the hate.

But of course, it’s not that easy. It never has been, and those two young people pictured above know that well. As children of the south my parents grew up with racism and bigotry as a part of their everyday. By the time this picture was taken in their early 20’s they had survived sharecropping, segregation, and Jim Crow. They were cotton pickers who could have settled for less, but instead chose more.

Life wasn’t easy for blacks in the 60’s, and for many Americans who society has deemed “different and deficient” it certainly isn’t now. There are times when my parents can barely watch the news, grieved that their grandkids are facing the very same issues they fought against. Based on what they see, it would be easy for them to succumb to the notion that it will never get better, and yet history has taught them to persevere. Change, albeit painfully slow, can occur. But it won’t happen if we don’t get up and get to work.

My parents lives prove that when all the odds are seemingly stacked against us, we can still rise. Think about it. They were black, poor, and living in an oppressive society governed by racist who had no interest in their success. It was the worst of times, and from it came their best.

You see those kids who started out in the cotton field worked their way through college and eventually arrived in corporate America, long before Affirmative Action became a buzz word by the way. They didn’t just survive – they thrived – in spite of the bullies, racist, misogynist and more they encountered along the way. They did it and so can we.

When I asked them how, their first answer was “with an unwavering faith in God.” Through the ups and down of their lives, this has been the firm foundation on which they stood. I believe if we are to survive this period in our history we too must hold firm to our faith. In truth, it is the only unchangeable space in which we can stand. God is, was and always will be. Even when we don’t understand our circumstances we can still trust there is a plan.

Second, they never gave up. At every turn they focused on what they could do, and then courageously took action. When things went well they celebrated. When they didn’t, they picked themselves up and tried again…Over and over and over. That my friends, is what we must do. As we are facing our worst, we must fight through until our best emerges.

Lord knows I don’t have all the answers on how to get that done. In fact, I’m leery of anyone that pretends they do. These are changing times, and based on the direction things are going, it may get worse before better is in sight. However, the good news is we don’t have to be paralyzed by our fears. You and I can learn a few lessons from history that help guide our way for the days ahead. Here are 3 things I plan to do now.

That’s my plan, for now. Is it a magic spell to change our circumstances? Nope. Will it get us out of having to go through the worst of it? No way. But – I believe it’s a start. Trying what I’ve outlined might just allow us to hold our head up and invoke our will to persevere. It may also give us some perspective on each other, and encourage us to extend a little grace.

My parents…they’re my heroes. They are my everyday reminder that this ain’t the worst, God is in control, and just like them – I have work to do. I pray you let their story inspire you too. Or better yet, look among your own family for everyday heroes.

Gain strength from the resilience and perseverance of your ancestors. Let their history remind you that your story is still being written, and as long as you’re still here, you can change how it ends.

PS – Feel free to share your hero’s encouraging story in the comments below. Let’s keep each other uplifted and inspired.