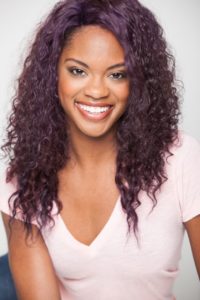 Man oh Man, oh how I missed you all. The last time we joined together I was in Texas preparing for my move to California to begin my career as a represented Professional Dancer with The Movement: Talent Agency. Well let me tell you, God has really been working! But of course, I can’t spoil it all at the beginning.

If you’re just joining in on my blog, in my last few blogs many of you were able to find out who ShirJuanda “Bounce” Woodson is, and man has this young woman grown so much not only physically, but spiritually and emotionally too. The last time we talked I was twenty-two years old making things happen for myself with an amazing support system by my side. I was living in Texas working for Eclipse Entertainment as an Operations Assistant, Dancer and Choreographer. For the first time, I had booked the biggest job of my career choreographing for the annual, and one of the biggest events in Texas, The State Fair of Texas. Well, before I moved I also had the honored privilege in booking a BET Commercial as one of ten dancers chosen to dance for the “Soul Train Awards” promotional commercial – which would be hosted by Dallas’s very own Erykah Badu.

Well now I am twenty-three years old and six months into living in Los Angeles, California. When I tell you it’s everything I’ve ever wanted I truly mean it, but of course it’s not easy. God really knew what he was doing when he led me to pursue my dreams in Los Angeles, because he has shown me more than I could ever imagine in my six months living here: Happiness, Fear, Family, Love, Death, Confidence, but most of all Faith.

I landed in Los Angeles, California on October 25th, 2015, with my father and from day one things were already being put into place. One of the biggest dreams a dancer looks to achieve is being signed and represented by an agency and knowing their work and talent is being respected as an artist. Well, I was truly blessed to land in Los Angeles being represented by the amazing The Movement: Talent Agency, and they have kept me busy these past six months.

I have had the amazing opportunity in booking my first commercial in Los Angeles for Chicago Town Pizza, based out of the United Kingdom, and it was such an incredible experience. I was able to work with some of the dopest, yes dopest, dancers in the Los Angeles dance community. About a month after living here in Los Angeles, I received an email from my agency for an audition with Erin Lamont, the owner of the LaLa’s Burlesque Show. At the time, Erin was looking to have an audition for their New Year’s show because they had been double booked. Of course I attended the audition! It was so awesome to see so many confident women in one room fighting for the same job. Now I know you’re thinking, “ShirJuanda you weren’t nervous, seeing you all were fighting for the same job?” Well, I wouldn’t say I was nervous, but I definitely knew I had to give it my all in order to achieve my goal. After a quick and to the point audition, with fifty or more confident women auditioning, came the waiting process. Erin emailed all the ladies the same day saying it was a hard decision and would thoroughly review and make a decision. After a few days I received an email from my agent saying, “Hey ShirJuanda! Erin Lamont LOVED you and is officially booking you for the NYE show in Manhattan Beach!!” Yes! I booked the job, and I am STILL working with The LaLa’s Burlesque Show and traveling all around. I know some of you are thinking, “What is Burlesque? or “Are you really a Burlesque Dancer?” My answer to your question would be, just see who the LaLa’s are, I promise all your questions will be answered. I can’t thank Erin enough for not only trusting me to come in and learn for New Year’s, but for using me till this day as the newest member of the company. I have traveled everywhere with LaLa’s and I am truly grateful. Lala’s have allowed me to finally for the first time ever visit Hawaii, we have traveled to Seattle, Bossier City, around L.A. and many more to come. I’m doing just like I said I wanted to do with my dance career, I’m traveling!

Well, that’s not ALL the GREAT news! Just recently you may have seen a video floating through the internet on Facebook, YouTube, World Star Hip Hop, or even Instagram entitled, “90s Hip Hop Tribute to Boys 2 Men Motown Philly.” Does that sound familiar? Well guess what? I AM THE DIRECTOR AND CHOREOGRAPHER FOR THAT VIDEO!

I decided before my birthday in March I wanted to create a video as a gift to myself throwing it back to the 90s paying homage to the dancing and music that artists back in that time created. So I did it. Well, my video now has collectively between the few major pages that have shared it a count of, 5,783,999! Yes, that count says 5 million and counting. I can’t believe a video that was for fun soon became viral and a joy to others lives. Sometimes we have silent prayers that no one knows about, but God ALWAYS knows. Well this video started as just a gift to myself and a moment to have fun with my friends, whether they were dancers or not. In the midst of creating this video it soon became something more. The energy I felt when creating this piece was nothing short of joy and happiness at another level, all because I simply miss the 90s. God knew my silent prayer, he knew I wanted to make the world smile, and he knew I just wanted to make people happy. That’s just what has happened. I am still in shock and not sure how the video made such a big boost, but all I can say is it’s putting a smile on others faces. The responses I’ve received from people across the world near and far, from people I know very well and people I know nothing about at all, it’s crazy!

What I have really learned from this situation in itself is you never know when God will bless you in the funniest way. I have never felt so humbled in my life. Just knowing I’m putting a smile on others faces is so heartwarming. I have received so many opportunities to work with others, not just in the USA but around the world because of the impact my video had.

Sometimes we forget the beauty and joy of knowing that we are being watched and we have an impact on others, but this experience has taught me just that. My aunt said it best, “I’m living out loud with NO regrets!” and this is true. Los Angeles has always been a dream but now that it’s reality. All I can say is, La La Land bring it on, because in the past six months you’ve shown me nothing but blessings.

ShirJuanda "Bounce" Woodson is a 21-year-old Texas native currently pursuing her dreams in New York at the Joffrey Ballet School's Jazz and Contemporary Trainee Program. After taking her first dance class in elementary school she soon came to find that dance is who she is. ShirJuanda has danced for 16 years, and has danced with many professional instructors from Debbie Allen, Chloe & Maud Arnold, Madame Adrienne Dellas, Joffrey Balland the Alvin Ailey Dance Theater just to name a few. If there is one thing ShirJuanda stands by as she continues to pursue and succeed in her dreams, it is that " She Dreams and Dreams Come True".