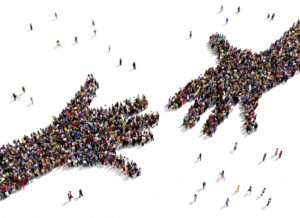 For me, this year just feels different. Many soul-shaking events from last year have shaped how I want to move forward in 2016, and I sense many of you may feel the same. My resolutions typically involve weight loss, financial goals, or relationship improvements, but now more than ever I find myself longing to connect with my community —a hurting community. This recently became crystal clear.

On December 26th, nature unleashed deadly tornadoes near my home in North Texas taking 11 lives, including a 3-day-old baby, and destroying over 1,100 homes. In seconds, vicious 150 to 200 mph winds obliterated houses, cars, and turned people’s lives completely inside out.

As the storm bore down, my daughter and I were holed up in a dressing room, caught off-guard by the storm warnings while shopping. I heard it was veering east and felt relief, but then felt guilty for thinking that because it meant others were in harm’s way. I instantly began worrying for my mother and other friends and family whom I knew were in Mother Nature’s raging path. Texts and Facebook posts were in hyperactive mode as people checked on friends and loved ones from afar. Status updates like “Are you safe?” “House is good. Neighbor’s house is gone.” “We’re all safe here,” flooded my timeline.

A barrage of news reports quickly revealed the destruction and showed people dazed and in shock. I learned that dear family friends of mine had lost their home. During the storm, 22 of their family members huddled in a small hallway, holding on for their lives as the winds sucked open doors. Among them were 17 grandchildren and an 82-year-old grandmother who had been shielded by her son-in-law. Miraculously, no one was hurt.

As the hours passed, I began to see glory rising out of the storm as people from all walks of life, first responders, and emergency relief organizations cohesively worked together to help the helpless. Suddenly, nothing else mattered but lending a hand to a neighbor.

A few days later, I saw these groups and volunteers in action again when I visited the disaster relief resource center in Garland, the town hit by the EF-4 tornado. People from all over were showing up, donating, signing up to volunteer, serving food, and receiving training to go out in the field to clear debris. City staff, first responders, churches, the Red Cross, Salvation Army, Samaritan’s Purse, Operation Blessings, The Lion’s Club, In-N-Out Burger, Central Market, The Islamic Association, and SAS (San Antonio Shoemakers) – all showed up in every way possible for their community. It was amazing to witness. That’s what inspired today’s blog topic: Loving On Others.

That same day, I heard a sermon from Pastor Andy Stanley out of Atlanta that further confirmed my topic. He focused on setting New Year’s resolutions about making the world a better place. He referenced the Bible book of Nehemiah, a man brokenhearted when he learned Jerusalem was in trouble. As a governor, he lived among royalty and carried great influence, but he wept for his brethren in a town that was falling apart. His mission in life turned to helping Jerusalem rebuild. If you’ve ever listened to Stanley, he always sums up with profound calls to action. This time, he asked “what breaks your heart?” He said we should go out and get involved in causes or issues that break our hearts because when we do, it makes us better people.

Do your resolutions involve helping others? Is there something happening in the world or in your town where your talent, passion and skills could be put to use for the greater good? Do the hurting and the least of these make you weep like Nehemiah? Was there a time when people helped you through your storm and now you want to find a way to pay it forward?

What breaks your heart? How will you practice “Loving On Others” in 2016? 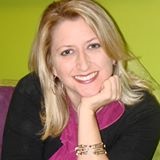 is chief mom, a big-picture thinker and dreamer and a woman of action and deep faith. With nearly 20 years of marketing experience, she is a strategist and storyteller who is passionate about helping organizations shine. She has worked in many industries, including healthcare, energy, technology, non-profit and restaurants. But what really gets Susan fired up is working with others who are committed to initiatives that help communities grow stronger. The greatest sense of professional satisfaction for her is when she’s had the opportunity to affect change, been released "out of the box," made silos crumble and inspired people to take positive action.