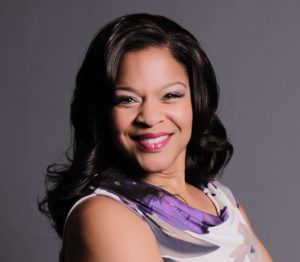 In 2011, I set out to write my story of how the tragedies of cancer, death, disability and divorce forced me to L.I.V.E., which is trademarked and part of my signature.

Love myself and others

Inspire those around me

Voice my dreams and ambitions

I wanted to expose my raw feelings to people who found themselves in my shoes and who could relate to what I felt so that they might find strength to live also. I figured my unique perspective of “sympathetic outsider turned empathetic insider” would be valuable.

This project was grueling. It was overwhelming at some points of the process. I kept thinking about the tens of thousands of women I had met, most of whom were between the ages of 25 and 50. They were also overwhelmed when life’s demands—marriage, graduate school, career choices, childbearing, divorce, retirement planning, empty nesting, care of parents—met tragedy. The sheer weight of it all had made it easy to relinquish power to painful situations, fear, misperceptions and people.

This book demonstrates my discovery that to LIVE means to struggle with what we have rather than what we’ve lost. My hope is that my putting pen to paper (or fingers to keys) helps women breathe new life into dying hope.

October 22, 2008 was a day of no significance to millions of people around the globe, but for me it was the day I lost half of my right breast in a partial mastectomy. My surgeon had hoped that my lesion was benign and that my sentinel node biopsy would be negative, but she had to go in four times, cutting more and more cancerous tissue out of my breast. The moment she felt my sentinel node between her fingers, the truth struck her like a ton of bricks, and she began the lymph node dissection.

Much to my dismay, I awoke from surgery to the news that three out of 16 nodes were positive. My surgeon stood at the side of my bed with plenty tears and few words. I held her hand and told her we would talk in the morning.

The next day, I woke to a tube draining excess blood and fluid from my right arm pit. The day before, I had anticipated going home after a few hours with, worst case, a few radiation treatments to follow. How drastically my life had changed in less than 24 hours! I lay pondering how I would add chemotherapy and radiation to my routine. My childhood resistance to being sick had persisted.

On the evening of November 4, 2008, Election Day, I watched as the world celebrated a turn in history. Barack Obama was elected the first African-American President of the United States of America. I saw the smiles and I heard the shouts, but I could only think, “Will I survive this? Are my children at risk for breast cancer? What should I share and with whom?”

My book, When Everything Changed holds the revelations I learned along my journey from physician to patient. In the early stages of my terrifying diagnosis, I wanted to die. Not just give up. Die! I was in unchartered territory. Up to that point, outside of the run-of-the-mill life challenges, I had soared. My mother had done everything in her power to make sure of it. Her charter for me as I soared at 30,000 feet, though, was to carry others with me. Sure enough, when one tragedy after another hit, they were watching. I had to get this right to maximize the outcome of my influence on their lives. I had no permission to quit. As unfair as that sounds, and counter to the self-preservation narrative, I was fortunate. Through my struggle to live, for me and for them, I learned the truth of the matter. The truth about self. The truth about others. It is this valuable information that you will find in the pages of my book.

None of us were made for easy, but with an enormous power within our frailty. From behind our fear emerges our courage; beyond our defeat boasts our victory; and on the heels of our struggles strut our triumphs, manifesting our dreams and visions.

I am Dr. Sheri, and my prescription for life is to L.I.V.E.

To read more of Dr. Sheri’s story, check out her new book “When Everything Changed” at www.drsherimd.com. 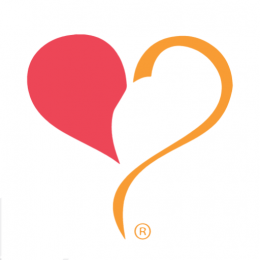 Dr. Sheri Prentiss, affectionately known as Dr. Sheri, is a board certified Occupational & Environmental Medicine physician and recent breast cancer survivor. She now shares her story and her victory in awe-inspiring and motivational ways. As a wife, mom, daughter and sister she’s learned that joy doesn't come from having your circumstances in order and under control; it comes from what's in your heart, and contentment is not about fame or being well-known or how much money you have. Contentment is a heart attitude. She’s dedicated her life to encouraging others to L.I.V.E. life to its fullest - Love myself and others, Inspire those around me, Voice my dreams and ambitions, and Enjoy life!”