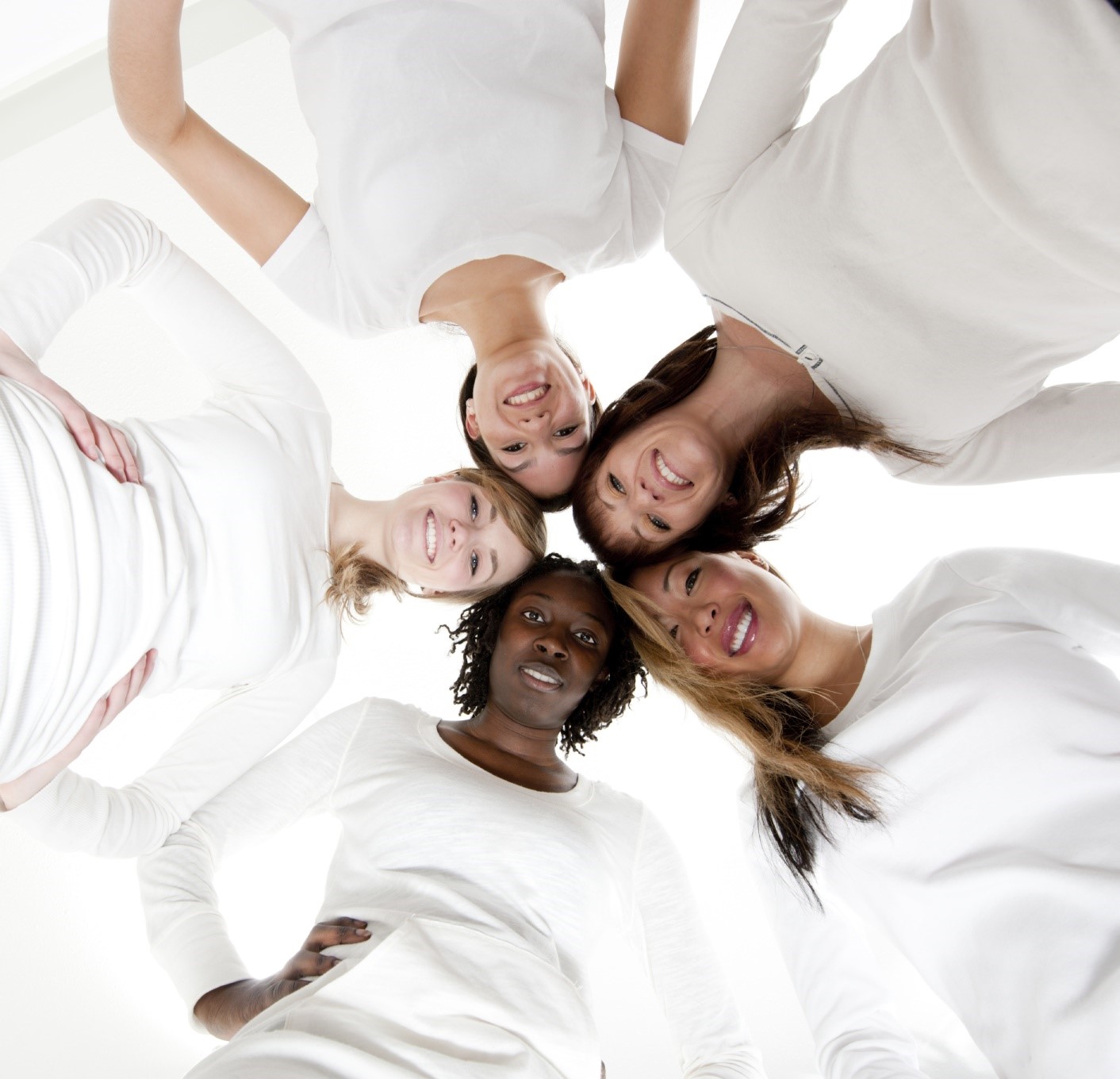 Plan B. What, at all, is plan B? Well, plan B to me is the next course of action to take when the current one fails to provide you with the needed results.

As a young woman in her early 20s, I sure do intend on having a plan B. Being of African descent, you can bet on the fact that I am not just partly but fully aware of the immense pressure, both direct and subtle, that is placed on women who happen to find themselves single in their late 20s to early 30s. I am not even going to dwell on those over 35, as in their case, all hope is believed to be completely lost. Who wants to marry an “old cargo” when there are numerous “young” ladies of different shapes, sizes and colors out there?

By 30, you must be a “Mrs.” or you are eternally doomed to be not just single and lonely. but also depressed. By your mid 20s, it hits you that the majority of your female friends have either gotten married, are getting married or will soon be getting married. At this point it doesn’t really matter who’s making that proposal, as long as he’s putting a ring on it. After all, the most important thing is to get married before your expiration date. Who you get married to doesn’t really matter, as you can always work things out or come to a compromise of some sort or, in the worst scenario, try to tolerate each other for the sake of your marriage or children, if you have any.

But if all else fails “na se wo ara wo hwe na se enko yie a”, you are always welcome to explore your other option, which is to get a divorce. It might be long and messy, but fear not. You shall be free…eventually, that is. “Anye yie koraa”, know you also were once married. It’s just that things didn’t work out between you two and you simply had to call it quits. You might have come out of the marriage with a child or two, but your dear ones need not worry for Mummy, like Superwoman, will surely save the day.

If marriage was once your sole aim in life, now you have your children to live for. Now you have to work hard to be able to give them a secure and bright future. At this point, marriage is the last thing on your mind, something to be dealt with when you have nothing better to do. And should you eventually have time for it. You know that this time, you’re in it to enjoy the journey, in it to find a friend and companion, and not necessarily a husband unlike in the days of your youth. Now it is more important to have someone who will stand by you cherish and support you through thick and thin, in the good and bad times. You don’t necessarily need to get married, as marriage is now of little or no value to you. Plus, the pressure that pushed you into your first marriage has miraculously disappeared and is nowhere to be found.

Wait a minute! This is not exactly the plan B I had in mind. Time to get back on track before I lose sight of the goal once again.

We live in the 21st century, meaning more and more women are career-oriented. Today it is no news to find women with higher degrees, greater accomplishments, more money, etc. These young ladies are living “the” life. But as we live in a world of barter trade, where you have to give one thing in exchange for another, I believe it is pretty safe to say that these young women have in exchange for the level of comfort they now enjoy consciously or unconsciously sacrificed their youth and, more importantly, the opportunity of a lifetime, aka marriage.

And so you can imagine the nicknames they are given and the public humiliation they have been through simply because they are successful and yet unmarried with the vast majority blaming them for the predicament within which they find themselves.

It is far better to be a nobody and married than to be a somebody and unmarried, right? Must they be married to gain the respect they deserve? Should they not rather be given a pat on the back, be encouraged to pursue their dreams to be the best they can be and to have a positive impact on the society? Must they be disrespected and publicly ridiculed simply because they are not married? Does being married make you more of a woman and unmarried any less of the woman you are? I think not!

“Mrs.” is just a title and so is “Miss” and all the other titles out there. If someone must be blamed at all cost, should it not be the young men of today who simply refuse to work hard? No, they’d rather choose the easier way out by calling themselves rappers, basketball players and what have you, claiming to be “balling”. Abege for where? No offense to the real talents and hardworking ones out there.

Anyway back to our matter. The point I was getting to is that at the end of the day, it is the man who proposes to the woman and not the other way around. …in most cases, that is. They say to every action there is a reaction. In this particular case, I say out of inaction springs out action. Why do I say that? Well, simply because if the men had done what was required of them in the first place, there would be no reason whatsoever for the women to take their place by providing for themselves. And if a woman has been fending for herself all this while, you simply do not expect her to say “yes” to just anybody simply because he is a man and feels as if he’s doing her a huge favor.

I must sound like a man hater, but my dear, nothing could be farther from the truth. I am in reality a hopeless romantic, deeply in love with love. But that doesn’t mean a spade must not be called what it is….a spade. In fact, I happen to find some if not the majority of these “old singleton” jokes funny and yes, you guessed right. They sure are mean, but hey, I do love me a good joke. And yes, I do have a dark sense of humor, as I believe that just because a joke is mean doesn’t mean it isn’t funny. Okay, enough about me. Let’s get back to our little chit chat.

So, yes, I am after all a part of this same society, but that doesn’t prevent me from having my own opinion on the matter at hand. A decade ago I could careless, but considering the fact that I will sooner rather than later be an “old cargo” if certain measures are not taken I am forced to advice myself accordingly, and that is where plan B comes into play. Every girl, myself included, has at one point in time or the other, dreamed of having her very own Prince Charming carrying her off on his fine horse or taking her for a ride in that lovely chariot on their way to that grand wedding, after which they live happily ever after. But alas, there is a vast difference between this fantasy and our present reality called life.

In life, you are more often than not, bound to kiss a couple of frogs along the way. Some might be so good at impersonating Prince Charming that by the time you come to your right senses, you have become what we call “born one”, two or three, depending on the number of children you’ve had out-of-wedlock. To the ladies out there who fall into this category, I am here to tell you to take heart, that all is not lost, for with determination and hard work and a clearly defined goal, the sky has no other option but to be your starting point.

To those of us out there who narrowly missed that boat, my advice is to define your purpose in life and to put your all into making that dream a reality. You have no excuse to fail as you have no child or children “distracting” you from making the most out of your God-given talents. If you’re lucky enough to meet your Prince Charming along the way, then I wish you nothing but the very best in your marriage. But if for one reason or the other things don’t turn out as you dreamed and you still find yourself single “lonely” and unmarried at 30 and beyond, then I am here to tell you that it is not the end of the world.

Marriage must not define you. You are who you are with or without that ring or title. If you must have a child or children in your life, then by all means go ahead and do what needs to be done….as long as you are able to provide them with all their needs. Be it adopting or with the help of a “trolley”….that’s entirely your business and personal decision to make. You have just one life to live and, as such, it is your responsibility to ensure that you make the most out of it. And how do you do that?

Well, my reply will be by daring to be you. By choosing to live your life on your own terms as long as it doesn’t have a negative impact on the society. I want you to stay true to the unique individual you are by making choices you are happy and comfortable with. Say this to yourself each time you feel you could use some uplifting:  “With or without marriage, I am enough, a wonderful creation of the Most High God, and the apple of His eye.” 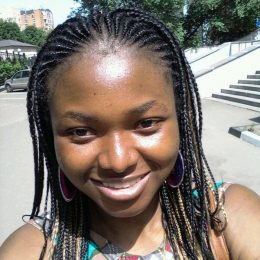 Adwoa Boah Addai is my name. I am a young lady in her 20s and a medical student. In my free time, I enjoy reading articles on self-help, relationships both platonic and romantic, getting updated on what's going on in my beloved country, Ghana, and catching up on what my favourite celebrities have been up to, in addition to watching African movies, Nigerian and Ghanaian to be precise. Discovering who I am and what my purpose is in life is what I am working on right now and I hope to make good use of my God-given talents. Oh, and I love taking selfies.