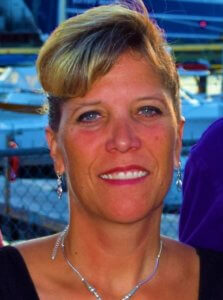 When the news first surfaced that Dr. Christine Blasey Ford had accused Supreme Court Justice Brett Kavanaugh of sexual assault in high school, I was incredibly saddened that this woman had been attacked in such a way. Right or wrong, I immediately assumed that she was telling the truth. Why would anyone come forward to make such accusations knowing that they might, and most likely will, have their character assailed, their private lives exposed, their truths denied, and be victimized all over again?

It takes a lot of courage to be willing to endure such things. I was especially angered by a quote attributed to Mark Judge who is alleged to have witnessed the assault by Kavanaugh. He said he and Kavanaugh were raised Catholic and would not have behaved the way described by Ford. What a ridiculous statement! Of course, there are Catholics who have committed sexual assault.

It also stung because over 32 yrs ago, I too was sexually assaulted by a “nice” Catholic boy while a college student. My assault while incredibly upsetting was not violent, there were no witnesses. I never reported it. In a lot of ways I blamed myself. I had been at a party drinking and he offered to walk me home. Because he was a “nice” boy when he asked if we could just hang out for a little while, I let him in. Of course I did because I thought he was a nice guy and nothing bad would happen. He had other ideas and tried to assault me. He groped me and tried to force himself on me. I kept telling him no and repeatedly pushed him away. He was a really big guy and I struggled against him. Thankfully I was insistent and strong enough, that he finally left. As soon as he left I cried. I only told my roommate and a few close friends.

I thought about reporting it, but I never did. After all, I had been drinking and I let him into my apartment. Even though I repeatedly said no and asked him to stop, I still felt as many women do, that I should have done more to prevent it. In addition, this happened in 1986 at a Jesuit college! How do you think my allegations would have been handled? Let’s face it this was long before the #MeToo movement. I am certain my truth would have been questioned. I knew I could be blamed. More than anything I knew nothing would be done to punish this student, so why would I choose to be victimized again? In a “he said she said” moment, I felt sure I wouldn’t be believed. Given how Dr. Ford has been ridiculed and harassed since her groundbreaking testimony, I am confident that I was right. There’s not a chance I would have been treated fairly as a victim of sexual assault.

At the start of the #Me Too movement, I like, many others, thought about all the times in my life that as a woman I have been professionally marginalized, treated poorly or sexually harassed. I am not sure there is a woman out there that hasn’t had her own #MeToo moment! As parents, my husband and I have always spoken openly with our children about social issues. We discussed all of our thoughts, talking about how much has or hasn’t changed and given certain situations how they would react. My son, who was 19 at the time, and is unfailingly respectful, reiterated that he has never seen women as “less than” men. My daughter, who was 17 at the time, was aghast at the idea that she could be treated any differently as a woman and thought like many of us, well that won’t happen to me.  On the one hand, I felt reassured by how they viewed the world, proud that the strength and values we had instilled in them were firmly entrenched. Yet on the other hand, I knew that it was naïve of all of us to think that it couldn’t happen today.

Ironically until Dr. Ford’s story became public, I didn’t really think much about my own sexual assault. It had been so long ago. I had successfully buried it as a traumatic part of my past. But something was different this time, something was triggered when others started questioning the veracity of her story. I felt anxious, I felt unnerved. I felt like I was hiding my own dirty secret. Then suddenly the memories flooded back and this time I felt I HAD to share my story! Like Dr. Ford, I had never told my husband. I decided to share my story with him and my children first. As if sharing this story with my children wasn’t hard enough, I called my mother shaking as I picked up the phone. I wasn’t sure how my mother, a devout Catholic, would react. She listened silently, and then said softly that she wished that it hadn’t happened, that she could have done something for me. After we hung up, I cried, sad that I had to relive this moment with her, but happy to be free of the shame I once had.

It’s been incredibly difficult to share this with friends and family, most of whom will hear it for the first time. I felt I had to because I was appalled how many men AND worse women are questioning the veracity and timing of her story. Their words questioning her credibility hurt, because that could have been me! It actually was me in a lot of ways.

My daughter will attend college next year. My worst fear is that anyone should try to attack her in such a way. But if I want to protect her and other young women like her, I must tell my truth so that she and others know if God forbid they were ever in a situation like this, I want them to know they can tell their story and be believed! That they will be comforted and protected! I can’t change what happened to me, but it’s the least I can do for them.