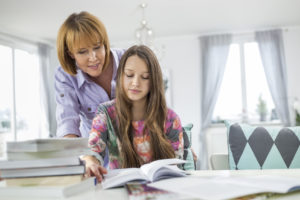 If you’re a helicopter parent, you’ve taken a bit of a beating lately. Your ever-present parenting style has come under fire, from college deans to corporate recruiters, and seemingly, everyone in between. They’re telling us that we’re doing too much, and screwing up our kids with all of our hovering. What, oh what, is a loving parent to do?

According to Parents.com, helicopter parenting is loosely defined as “doing tasks the child is capable of doing alone.” For example, doing your child’s homework, having conversations with adults – such as teachers or coaches – that they could manage on their own, or selecting their friends and social activities, versus allowing them to make decisions. You’ll probably be surprised to learn that this is not the first generation whose lives have been so closely supervised, and orchestrated. In fact, the term has been around since 1969, when a group of teenagers told Dr. Haim Ginnott, that their parents “hover over them like a helicopter.” Seems like those of us being accused of overparenting, were in fact, raised much the same way.

I vacillate back and forth on this issue. As a parent, I understand the delicate balance of wanting to protect our children from all the bad things in the world, and from making bad choices, while also allowing them to assert their own free will. However, as a corporate trainer, I also see the end result of us doing too much. Children who’ve had virtually every decision made for them, or been trained to check in with their parents on every detail of their life, are left with a compulsive need to please, and be perfect. They haven’t developed confidence in their own ability to make wise choices, and feel compelled to get parental (or the boss’) perspective on everything, before moving forward. Which may be fine for us parents, who desperately want to remain an integral part of our children’s lives forever. But at work, it can become a nightmare, because managers simply don’t have time to coddle our children.

And it’s for that reason alone that I’ve decided to weigh in on this helicopter parenting issue. Because you see, things have changed. Those training programs that many of us went through on our first job? They are, for the most part, gone. Our kids are expected to be able to hit the ground running, often with very little guidance or supervision. Why? Because their manager is overworked and stretched too thin.

When thousands of people were laid off during the last recession, many were never rehired when the economy began to recover. So now managers have fewer people, sometimes doing more work, leaving less time for things like training. Fair or unfair, that’s how it is, and our children’s success – or lack thereof – is heavily dependent on their ability to research, reason, and figure things out for themselves.

So how do we foster that ability in our children? Can we be both protective and proactive in encouraging them to think and make good decisions for themselves? Of course we can! But we’re going to have to ease up off the hovering just a wee bit, and allow life to happen without our constant intervention.

Below are three practical ideas on how to protect, while also provide space for growth. These are from my own experience as a parent, which by no means was perfect, but since my child is in his 20’s and relatively successful – as defined by being happy, healthy, and in his right mind – most of the time, while also boldly, and unapologetically, living the life of his dreams, there might be a nugget or two of wisdom in our experience. So in that spirit, here are my suggestions on how to embody the positive helicopter spirit of being there, without handicapping our children:

So what do you think? Agree or disagree? Any parenting advice you’d offer? Please share in the comments below, so we can all learn and grow together.